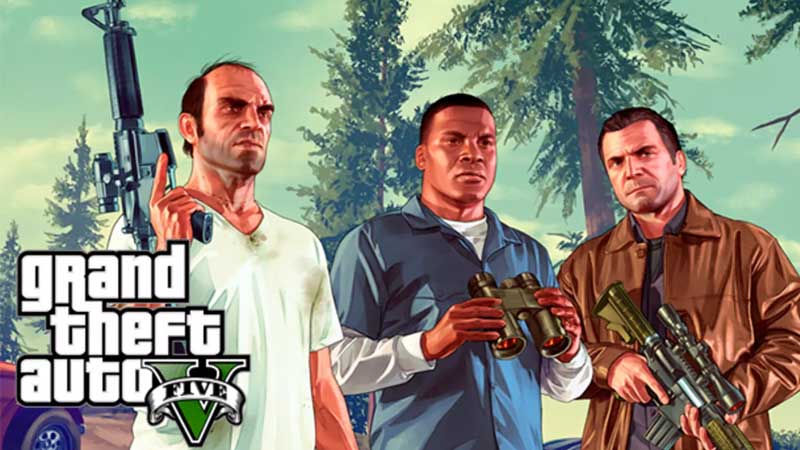 GTA 5 has been one of the most popular games in the franchise, so much so that it released back in 2013 but its fame still continues. This game ended up doubling the initial expectations of analysts as it surpassed 815 million USD within 24 hours of released. Naturally, players started adding mods adding a lot of beauty, chaos, new challenges to the already well balanced game. In this guide, you will know which are the best GTA 5 mods for PC and how to download GTA 5 Free Mods.

Since these are unofficial mods, make sure to only use them in single-player mode. Don’t use them in GTA Online since it is multiplayer and you might be banned for cheating. So, with that in mind, let’s check out some awesome Grand Theft Auto 5 Mods.

These handpicked mods will surely change the game for you – literally and figuratively. Ranging from crazy to outright silly, these mods will guarantee that you have an unforgettable experience in Grand Theft Auto 5. But in order to play the game with these mods, you must know how to install them.

How to Install GTA 5 Mods Downloads?

Installing mods is pretty simple but it totally depends on which mod it is. Check out our beginner’s guide to GTA V mods installation for all the important details.

Ever wondered how it would feel to play this game as Iron Man? Who wouldn’t love to be a superhero like him?! This seems like a dream but it’s true. You can wear the iconic Ironman armor and roam around Los Santos, “fly” in the sky and fight like him too. Step into the shoes of Tony Stark and utilize your immense power. In this game, Iron Man need not be the good guy who is saving the world. You could play as Iron Man with villainous motives and unveil your inner darkness.

Want to try out some other avenger? There’s the Hulk mod which will let youHulk Smashacross the city. Jump higher, climb buildings and scream at the top of your lungs. This GTA 5 mod will give you the chance to wreak havoc everywhere and live like the raging green monster in your favorite game.

Why not take it up a notch by adding zombies to the mix? You can do exactly that with the Simple Zombies Mod. Add the undead creatures to Los Santos, unleash new dangers and test your survival instincts. If you were hoping for a Zombie-based DLC for this game, just like Red Dead Redemption’s Undead Nightmare, this might be the closest thing you can get.

If you want to ramp up the visuals of this video game, this is the mod you need. With more realistic physics, deadlier combat, chases, weapons, police and more, this is just like playing the game in the real world. Will you be able to survive the harsh realities of life? Find out with this GTA 5 mod. Be careful though, this isn’t for the weak of heart.

Want to be the the good guys in the game? You got it! Through this police mod, you can be a cop and nab criminals. It turns the concept of the game on its head and honestly, it’s super fun. This could very well be an homage to the original cops and robbers game Race’n’Chase which formed the roots of the franchise we know today. What if the original concept was officially made into a cop game? This could be it. Maybe, just maybe, this might make you stop being a criminal from now on? We’re kidding, this will never happen.

Simply put, this GTA 5 mod will open up doors for you in the game. Perfect for invading, exploring and just being your usual criminal self. In some of these rooms, you will even find NPCs. A lot of interiors get opened up with this mod which is bound to make things very exciting.

Are you craving some RPG elements in the game? Look no further because this mod does it for you. With it, you will be able to turn the game into an RPG with ability trees, side missions and more. If role-playing games are your forte, this might just make GTA way more interesting for you.

So, go ahead and download GTA 5 free mods to enjoy the game with a brand new perspective. Take the necessary precautions before downloading any mods in general, because some reportedly have malware. So, always verify before you install.

Want more mods for other video games? We got you. Check out our mods section to get to all the fun stuff.