Hay, I have created a completly automated bot for farming Tokens or for other things that u can farm with playing TFT like for now the Galaxy Pass which is pretty straight forward.

Its best to use the bot while u do something else (AFK). 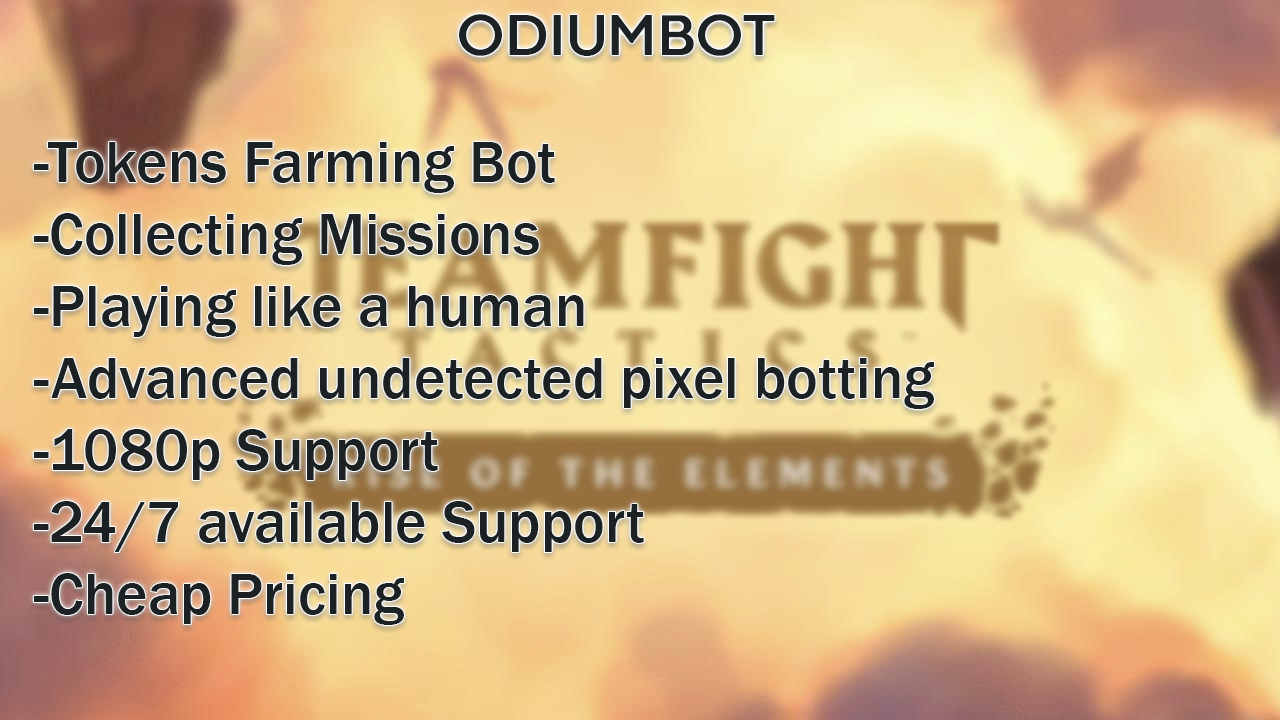 The Bot is farming as much tokens as he can get or as u might can get. If u play a normal TFT game
u will see that there are a lot of AFK’lers, they might just stay there have no units and do nothing or have SOME units. They get kicked out pretty fast, because of the OdiumTFT Bot he is purchasing units upgrading them and does nearly everything what a normal user would also do

This is by far the best automated farming bot for League of Legends TFT
for every Pass.

On my Discord you can see Reviews from my customers and decide if u want to trust me or not.
Since I dont offer a trial anymore, you will be able to find a gameplay video of the bot playing, I hope that will be enough to tell u that he is fully automatically.

YOU WILL ONLY GET TOKENS IF YOU PURCHASE THE PASS FROM THE CURRENT EVENT!!!!!!!
This is not for the galaxy pass or other events where u can farm XP instead of Tokens. You will still be able to farm XP to level up the pass, so you could just purchase is after u reach a certian stage.

For any pricing or information about the bot add me on discord Derox#2254 AND join my discord which you have to do, to use the bot anyway, so you can contact me later.

These are old pictures of the bot playing. But this is still representative for the current version of the bot.
He is ready for TFT Set 3 and for all next sets that will come. I usually takes like 1-2 days for an update, depends on what they have changed.