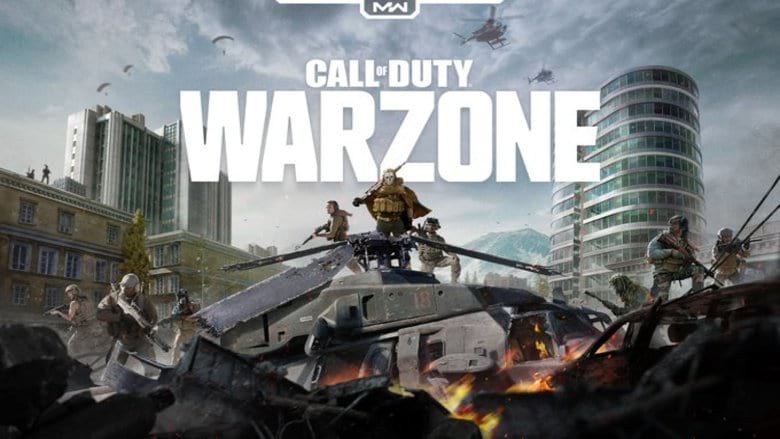 Call of Duty: Warzone: How to Download & Unlock Time


Activision Warzone is out now.

In what has been one of the worst kept secrets in the video game industry of late, Call of Duty: Warzone is officially out and it marks the second battle royale title to come to the franchise.

Unlike Blackout before it, Warzone is completely free-to-play, meaning you won’t even need a copy of Modern Warfare to jump in and enjoy it.

For owners of Modern Warfare, the “Classified” panel will open up and become the battle royale mode, making it easy to get in and play.

However, that will not be an option for people who don’t own Modern Warfare, so they’ll have to take a different path to play.

If you don’t own Modern Warfare, all you’ll have to do is navigate to where it’s sold whether that’s the Battle.net launcher, Xbox Store, or PlayStation Store.

From there, you should see an option to download the game and once you do that, you’ll be good to go.

Should you decide to pick up Modern Warfare down the road, know that the experience you earn in Warzone will transfer to the game. Of course, you’ll never need to do that as Warzone will remain a completely free-to-play and standalone title.

When Does Warzone Unlock?

Warzone will be part of a rolling unlock across the world and those who actually own Modern Warfare will get earlier access by a couple of hours.

“Warzone will be live tomorrow, March 10 at 8AM PDT as a one-time early access for Call of Duty: Modern Warfare owners, and launch a few hours later around 12PM PDT, free for everyone,’ said Mike ‘Qwik’ Ybarra on Twitter.

For a look at when it’ll unlock in your neck of the woods, Infinity Ward has you covered with a graphic.

Since there won’t be any pay-to-win features, there’s not a whole lot to worry about if other players are online faster than you. 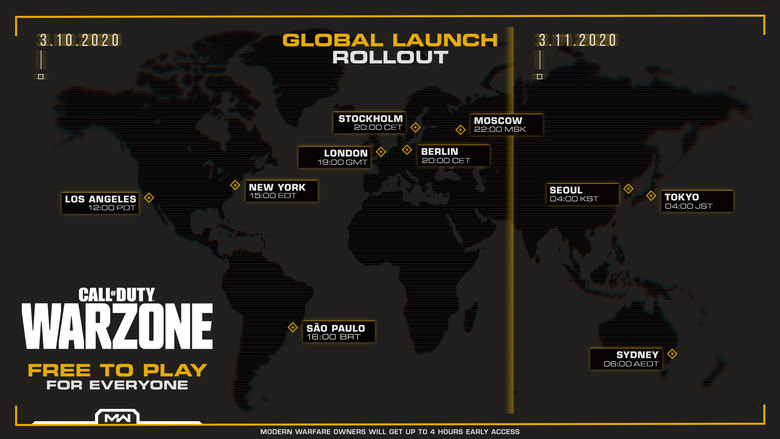 ActivisionWhen does Warzone unlock for you?

The only thing you’ll have to be upset about is they get to jump into the action first.

Warzone will be available March 10 on Xbox One, PS4 and PC.