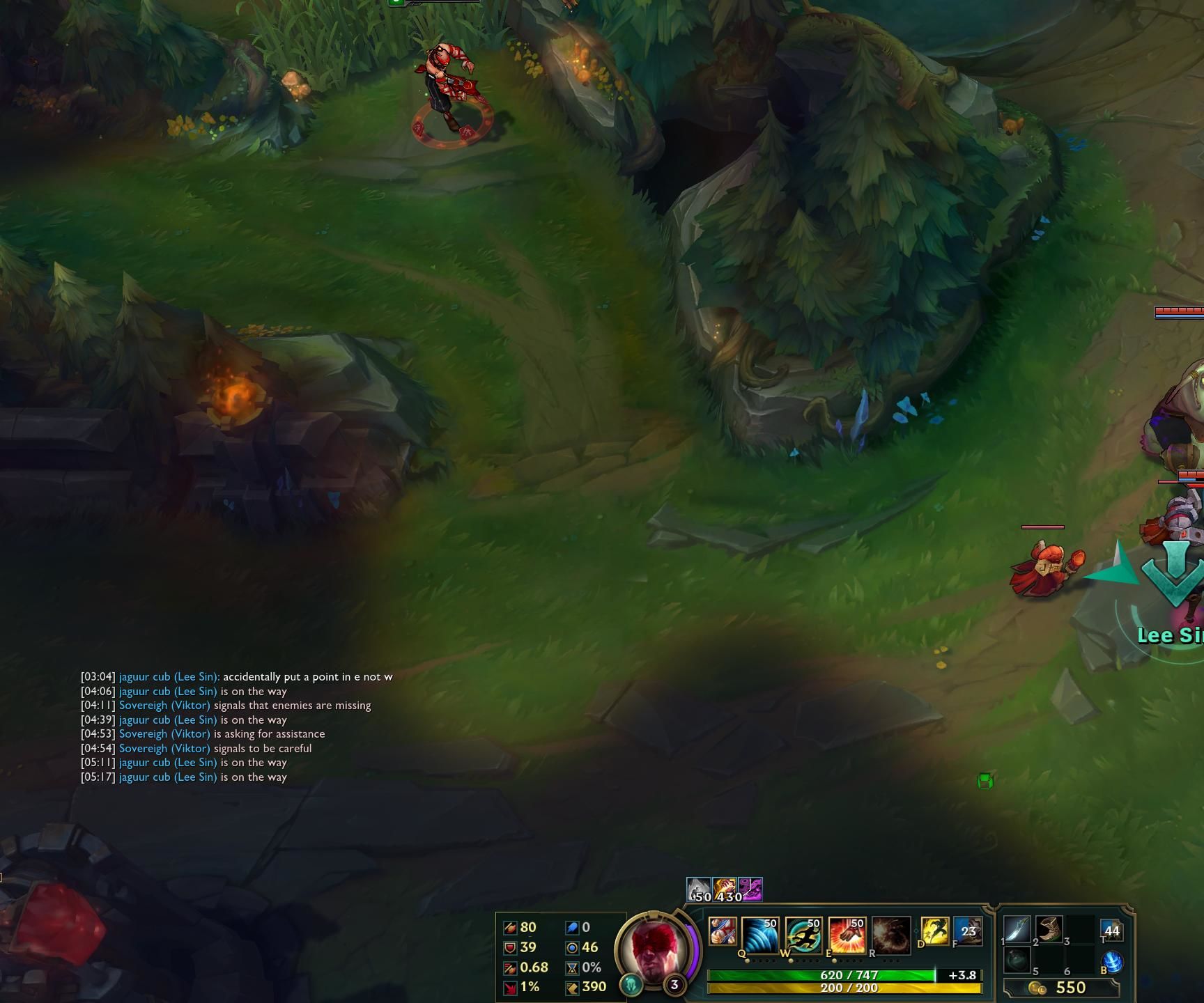 How to Gank in League of Legends

Download How to Gank in League of Legends for FREE

Farming in League of Legends means killing minions to get money. Basically, you need to farm up because you need to have money to be effective when you gank. If you are too low of a level or if you have no items, you aren’t going to be any help, or worse, you could die and end up feeding the lane you are trying to help a kill.

For mid and top laners

You guys just need to stay even with, or exceed, in farm the lane you intend to gank. Make sure you aren’t walking into a lane that is super fed.

Make sure you are clearing effectively, and that you have enough farm. You won’t have as much as the laners, but you don’t be tragically behind. You need gold as much as everyone else, so don’t think that you can forgo the jungle minions because you can get a lot of kills. Ganking is important, but don’t be a hindrance to your team.

Farming isn’t really an option for a support, so just make sure that if you gank, you have at least something, even if it’s just a sightstone. The health will keep you alive.

ADCs don’t really gank often, especially alone, but if you are going to gank you should be going even like mid and top laners.

This is the trickiest part of ganking. You need to actually pick which lane to go to. There are many factors that go into picking a lane, and you should weigh them all.

This means how close the minions line, and presumably the enemy laner, is to the allied turret. If the enemy has pushed the wave and is close to the allied turret, the lane is easier to gank than if he has chosen to freeze the lane at his turret. You as a ganker want to maximize the amount of time you can be putting damage onto the enemy champion, so you want him to have to run the furthest distance possible to get back to the safety of his turret. If he is under his turret, you are probably going to have to dive the turret, which could be risky.

Who is winning the lane

You need to keep in mind that a lane may be losing pretty hard. Your top laner could be down 30 farm as well as a kill, which would mean that he is losing and the enemy is much stronger than your ally. Keep in mind that we want to maximize the amount of damage we can deal to the enemy, so if your ally is too weak to do damage, or if the enemy is strong enough to kill one of you, it may not be a good idea to gank. On the other hand, if your ally is winning lane, it may be easy to gank the lane, since your ally can do a lot of damage.

The two points above are the main things you need to look out for. Ganking a winning lane can help snowball a lead, but helping out a losing lane can prevent the enemy from snowballing. Both have merits, but you have to keep in mind where the enemy is in the lane because tower diving a lane that is really far ahead may not be feasible, for example.

A note on lane shapes and Teleport

Apart from the status of the lane, there is also the nuances of each lane.

Furthermore, teleport means that you can get to any lane from any where. It adds another way in to any lane with minions or a ward. If you have Teleport as a summoner spell, always be on the lookout for wards and minions that the enemies have pushed past. Often they won’t notice you channeling until it is too late.

There are many ways to prepare for a gank. One way would be to tell the lane you intend to gank your intent. This is to make sure that they don’t use important spells before you get there and allows them to let the lane push, making your gank easier. Supports also like to get wards in the back of the far bush bottom lane so that someone with Teleport has an easier time. However, the steps for each role to gank vary

Usually top laners gank using Teleport when the enemy overextends or as a counter ganking measure, in other words, they join the fight when the enemy has already ganked the lane to even the odds. Top laners don’t have much to prepare other than to tell the laners to put wards down to facilitate the teleport.

The most important thing a mid laner can do is to shove his lane as much as possible so that when the next wave of minions comes, it will have to fight two incoming waves of your minions to get to the tower. This is to deny vision of your tower as well as to make sure that you don’t miss out on farm. If you are going to miss out on farm and if your tower is going to take a ton of damage from the enemy mid laner, don’t gank, it isn’t worth it.

If you are ganking as a support, you should make sure that you aren’t needed bottom lane. Your ADC is your number 1 priority, so don’t abandon him to gank another lane. This will leave him in a 2v1 situation that any competent lane duo will take advantage of. This means that you can only really gank when your ADC just recalled, or of you recalled and you want to gank mid before returning to bottom lane.

As a jungler you want to make sure that the lane you are ganking isn’t warded, or that you have the spells you need to perform the gank. This means sweeping the lane, or using the raptor smite bonus to clear wards. Be careful though, because showing your position by clearing a ward can alert the enemy of your position. Thus, the lane you are trying to gank could back off. A way around this is to clear the ward, gank a different lane, then return to the original lane, which still has no vision. Furthermore, you need to make sure that you have your gap closers and CC ready. If you have no CC, red buff helps a lot with it’s slow, and if you have no gap closers, CC is your friend. Don’t just walk into a lane expecting to be useful, the enemy will just back off and you will have given up pressure elsewhere on the map.

When you actually perform the gank, there are a couple things you need to keep in mind.

After you gank, you should try to carry your advantage forward. By that I mean take objectives. If your gank was successful, you usually have a player advantage. One of the enemy champions is most likely dead, backing, or has too low health to fight. Use this advantage to take a tower, dragon, or even group up in another lane. One of the most important concepts in League of Legends is to carry your momentum forward. You want to take the lead you have and have it carry you further.

However, sometime your team is also low on health after a gank. If this is the case, don’t risk dying and undoing all the work that you have just done. Back, heal, and buy new items. You will still have a gold advantage after you back if you got some kills even if you don’t have a man advantage anymore. Having a gold advantage and a full team can really help you lock down the objectives after a teamfight.