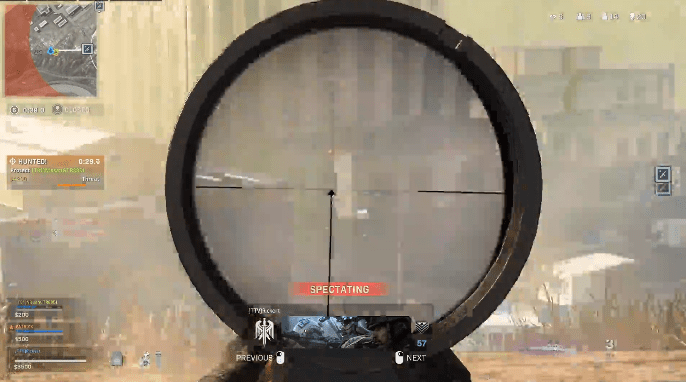 How To Tell If Someone Is Cheating In ‘Call Of Duty: Warzone’

Download How To Tell If Someone Is Cheating In ‘Call Of Duty: Warzone’ for FREE

Call of Duty: Warzone is a highly enjoyable multiplayer experience and one of the best battle royale games to grace the world of gaming. It combines tried-and-tested versions of the best battle royale mechanics with new variations on old formulas to create something that’s great fun for everyone, regardless of whether they’re normally a fan of this genre or not. You can download the game right now on PC, PlayStation 4, and Xbox One entirely for free, and if you haven’t already tried it out then I highly recommend you do so as soon as possible. You’ll be glad you did.

You’ll encounter plenty of opportunities to spend your COD Points and Credits in Warzone. Sites like codpointsandcredits.com can help you to amass those points quickly so you can build up a collection of cosmetics and other great items to help you show off to your friends. What happens, though, when players decide that showing off just isn’t enough? What happens when cosmetics are no longer adequate to slake a player’s thirst for glory? When that becomes the case, you’re likely to start seeing players cheating in Call of Duty: Warzone.

It’s an unfortunate fact of multiplayer gaming that there are many players who decide they can’t achieve victory without the assistance of cheats. Thankfully, Call of Duty: Warzone’s creators, Infinity Ward and Activision, have enacted robust anti-cheat methods within the game in order to combat this endemic problem. The two companies say that cheaters unequivocally aren’t welcome within Warzone and that they’ll do whatever they can to stamp out the plague of cheating. That should be encouraging to anyone who’s worried about the prevalence of cheaters in the Warzone scene.

With that said, what should you do if you do encounter a cheater? How do you even know if someone is cheating in Call of Duty: Warzone? Well, the problem with identifying cheaters in games like this is that they can often use very subtle methods to achieve their goals. You might not even know that a cheater is operating in your game, such is the level of sophistication and technological advancement that many cheating programs operate on right now. Let’s break down a few of the ways you can spot a cheater in Call of Duty: Warzone.

One of the most prominent ways in which players cheat in first-person shooter games – and Warzone is no different in this regard – is to use aimbots. This method has been around in gaming for a very long time indeed, and unfortunately it shows no sign of disappearing any time soon, although game developers are becoming much more skilled at detecting their use. An aimbot does what it says on the tin: it assists a player with aiming, automatically moving their crosshairs and firing for them when a target is acquired. Obviously, this is cheating because you should be aiming your gun yourself.

Identifying an aimbot user isn’t easy, but you can usually see it when a player moves. Aimbots make players move in ways that shouldn’t normally be possible with controllers or keyboards. Watch for players suddenly jerking towards a target and firing. If that happens, they’re probably using an aimbot, unless they’re pulling off the fabled 360 no-scope move. If a player suddenly spins around to an unnatural degree and pulls off a perfect shot, unless they’re insanely skilled – which the vast majority of players aren’t – they could be an aimbot.

Another prominent cheating method to look out for would be the wallhack. When wallhacking is utilised, players are using a patch or section of code in order to view players through walls (and, in some games, even manage to alter the properties of said walls to make it possible to fire through them). Wallhacks are easier to spot than aimbots: if a player hits you through a wall they shouldn’t have been able to see you through, they’re definitely wallhacking. Unfortunately, this is something that’s still affecting Call of Duty: Warzone despite it being a newer and more robustly-developed game.

There’s one form of cheating that’s very controversial within the gaming world. Some would say this isn’t actually cheating, but others think it is. This likely wouldn’t happen in Call of Duty: Warzone because the game doesn’t currently feature a Ranked system like Overwatch or League of Legends do. If, however, Warzone ever gets a ranked system, be on the lookout for account boosting. Simply put, this is when a player logs into an account at a far lower rating than they themselves are at and artificially raises that account by playing better than its original owner. This is not cheating in that it doesn’t actually exploit the mechanics of the game, but it’s certainly unfair and underhanded.

As it stands, cheating in Call of Duty: Warzone is pretty difficult now. Thanks to concerted efforts by Infinity Ward and Activision, cheating isn’t welcomed within the game and is stamped out quickly and efficiently. If someone does cheat in Warzone while you’re playing, you should report them as quickly as you can. Doing so means they’re unlikely to mess with anyone else’s game. Luckily, you’re not too likely to encounter cheaters thanks to the developer’s tireless work making Warzone a fun place for everyone to play.