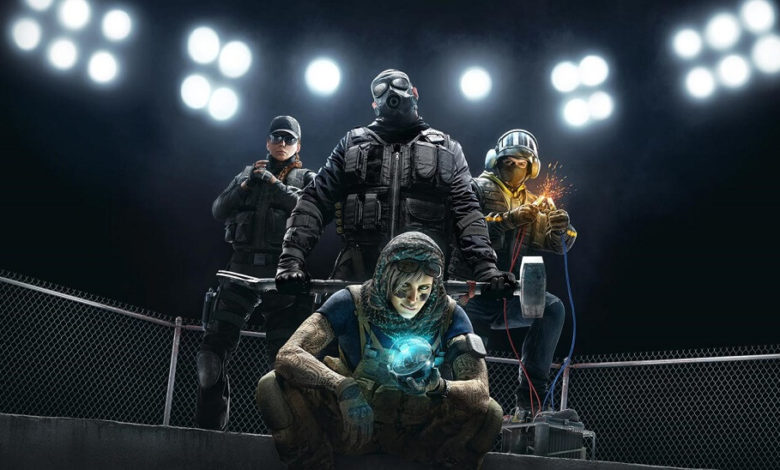 Game stuttering is becoming very common these days. A lot of gamers report about their game stuttering in between, but they are helpless in this matter. Similar is the case with Rainbow Six Siege, which is increasing the frustration level of gamers with its continuous stutter and lag issues.

Many times the issue is because of a buggy game, but at times your PC might be the culprit. It’s hard to conclude as to where the problem lies, but solving it might give you some answers.

In this article, we are listing some fixes that can help you get rid of the Rainbow Six Siege FPS stutter, R6S mouse lag, and lag spikes.

Don’t worry if your game is stuttering. Just follow these simple and quick fixes to get rid of it instantly:

Every game comes with specifications that must be in your PC so that the game can run peacefully. The Rainbow Siege lag spikes that you are witnessing while playing the game might be because your PC does not fulfill the game’s requirement. Here is the minimum requirement for Tom Clancy’s Rainbow Six Siege that must be on your PC:

If any of this requirement is missing from your PC, try to update it so you can play this game without any bugs.

Rainbow Six Siege FPS stutter can be fixed by simply adjusting the FPS limit of the game. Here’s how you can do it:

This is one of the most efficient ways through which many gamers were able to solve the issue with their Rainbow Six Siege. If this fix does not work for you, then move to the next fix.

A lot of times, the old version of the game can also cause trouble during playing and Rainbow Six Siege is no exception. Ubisoft keeps on coming up with the latest game updates to resolve any bug that might be causing stuttering.

If your game keeps on stuttering and there is no reason to be found, then check the official website of Ubisoft to see if there are any new updates of Rainbow Six Siege or not. If yes, then install the update and run your game to see if the problem exists or not.

Many gamers say that updating graphics driver is the easy cure to the Rainbow Six Siege input lag. You can simply update your graphics driver to get rid of a lot of issues.

To update your graphics driver, follow these simple steps:

Once the update is complete, launch your game and see if the problem exists or not.

Simply open the Task Manager, check all the apps and downloads that are slowing down your PC and close them as long as you are playing the game.

You can simply disable the CPU Core 0 in your PC that causes stuttering in the Tasks Manager. Here’s how to do it:

Restart your game to see if the stuttering exists or not.

Fix #07 – Lower the graphics settings on your game

You can also lower the graphics settings of your game to get rid of Rainbow Six Siege lag spikes. Here’s how to do it:

See if your game is still lagging or stuttering. If no then congrats – but if yes – check out the last fix below.

Sometimes the power plan of PC affects the performance of the game. For instance, if your PC is on Balanced mode then it might interfere with graphics and CPU functions. Here’s how you can fix it:

Run the game and see if it fixes the problem.

That’s it. These are all the fixes that can help you fix your game pretty easily and quickly. If you have any questions, feel free to ask in the comments below.