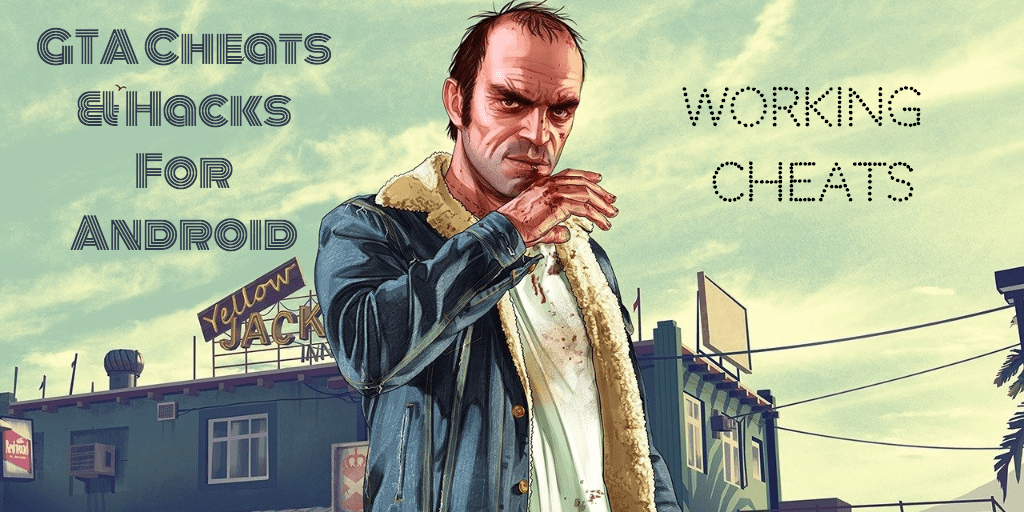 Do you want to use cheats and hacks in GTA San Andreas on Android? But you don’t really know which hacks and cheat codes work and which doesn’t? Here we will give you all the tried and tested working GTA SA Android hacks and cheats.

Grand Theft Auto: San Andreas by Rockstar Games and Rockstar North is one of the most highly popular action and adventure based game. Here you are completely free to explore the open world and have the freedom to move around and interact with the fictional world.

Originally, it was released for PC and gaming consoles like Xbox and PlayStation. But it was later released for Android phones and tablet devices too.

In the GTA San Andreas, you will be controlling a character that you can use to perform interactions like walking, swimming, jumping, climbing, driving, and using a variety of weapons. You can drive various vehicles including bus, boats, cars, bikes, trains, and aircraft.

From the very beginning of the game, you are free to explore the world and visit any place you want. But you will notice that some areas are locked and those can only be unlocked by progressing through the storyline missions. And completing missions also unlocks new content like special cars, weapons, and other items.

Otherwise the game will become boring as you will be stuck in the same place.

In case you don’t know, you can grab a free copy of GTA San Andreas APK for Android along with complete data files from here.

Also, some missions are harder to complete on Android mobile devices so many gamers opt for cheats & hacks to quickly progress through the game as well as unlock new items and locations. But the problem is that the GTA SA Android version does not officially support cheat codes.

In an attempt to help you out in using GTA San Andreas cheats and hacks on Android, I have tried and tested a couple techniques that will allow you to enter all the cheats you want as well as use hacks like infinite health, armor, and get rid of the police.

All of which will help you play the game without worrying about getting wasted or busted so that you can quickly complete missions and unlock new content.

The apps that help you use cheats and hacks in GTA San Andreas Android are as follows:

CLEO is one of the best and the most popular tool ever designed for GTA game series. It allows you to add and run custom scripts commands to modify the gameplay without starting a new game. Which means, CLEO mod scripts can help you modify GTA SA even when your current game is running and the best thing is that scripts do not interfere with your save games.

For beginners, the CLEO SA comes preloaded with basic scripts like cheats, car spawner, health regenerator, and full stats. You can install each one of those preloaded scripts from within the app to test and try how it can help you cheat and mod GTA SA on Android.

Here’s what you can do with those preloaded scripts:

Apart from those four preloaded scripts mentioned above, you can even load and run many custom scripts to improve gameplay experience by adding new features or modifying the existing ones.

So, if you are into advanced modifications and want to run custom scripts then you can easily download them from the Internet, add to the game data folder, install using CLEO SA app, and then activate from the CLEO menu. As simple as that.

To help you out, we have a complete step-by-step tutorial along with the tips and tricks to get the most out of GTA CLEO scripts on Android. Moreover, you can learn more about how to use CLEO mods scripts to hack and cheat in GTA here.

In case you are wondering, CLEO custom scripts are already written by the developers and modders. All you really need to do is download the ones you like and add it to the game data folder. Then CLEO SA app will help you run those scripts while you are playing the game on your Android phone or tablet.

Even though CLEO SA scripts app is available for free and provides you tons of features to help you cheat and hack in GTA SA, but there’s a little drawback of CLEO scripts, it requires you to have a rooted Android device otherwise it will not work.

JCheater for GTA San Andreas Android is slightly different and less powerful as compared to the CLEO scripts. Even the process to apply and activate cheat on your existing game is hard and lengthy; we will talk about that later.

First, I will discuss the cheats and hacks you can activate with the help of JCheater app. You will get infinite health, armor, sprint, and money. You will also get to modify the level of respect as well as adjustable stats of skills like stamina, muscle, body fat, shooting, swimming, and driving skills.

We all know that GTA San Andreas has three different set of weapons i.e. thug, professional, and nutter. You will get a radio tab to select the one you want to have in the game. Moreover, each one of the weapons you get will have infinite ammunition. And if you want, you can get a parachute too with just a simple check mark option.

That is all you can cheat and hack with JCheater app on GTA San Andreas Android.

Now, I will tell you why it is hard and lengthy to activate cheats/hacks with JCheater.

That’s because the hack requires you to go to the CJ’s house and save your game progress in the slot. Then you need to open JCheater app and it will scan your list of slots. Then you have to select the same slot where you saved your game earlier.

At this point, you have to go through the list of available cheats/hacks and mark the ones you want to activate and then tap on save. Once everything is done, you have to reopen the game and load the same saved game slot that you modified earlier.

Every time you start playing the game, you need to go through the above mentioned steps in order to activate cheats, use hacks, or to spawn your choice of vehicle in the game.

No doubt, the usage and application process is time-consuming. However, the hacks and cheats works without any issue.

If you are interested, we have an easy to follow tutorial along with the helpful tricks so you can get the most out of JCheater on Android. And in case you don’t know much about the working of this cheating app then you should check out our guide on how to use JCheater to hack/cheat in GTA San Andreas, which is available here.

You are now aware that it provides you with some very limited set of GTA SA cheats and hacks. Unlike CLEO, the JCheater app does not require you have a rooted Android device but the app is not available for free and will cost you $1.99.

Now you know how to use cheat codes and apply hacks to the GTA San Andreas Android game and which of the apps actually works in helping you cheat in GTA SA Android version.

Have you tried any other app for GTA San Andreas cheats and hacks? Or maybe you know about other methods to enter cheats in San Andreas? Share your opinion and views with us about cheating and hacking in the comments section below.