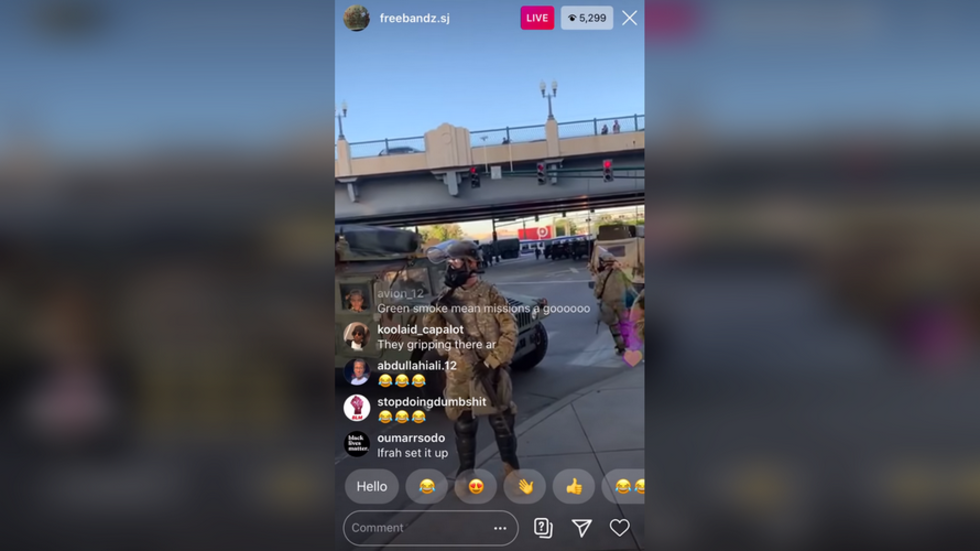 WATCH the video that started all the ‘CHILD SOLDIERS’ rumors 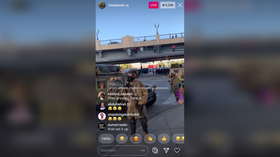 A full-length video has emerged showing what appear to be teenagers in military surplus gear in Atlanta, Georgia. When snippets of the footage went viral earlier, the internet exploded with rumors of child soldiers.

Published on YouTube but originally broadcast on Instagram, the video shows more than a dozen people of teenage build and stature, standing in a line as if to ‘guard’ a bridge in Atlanta, Georgia. The mysterious ‘troops’ carry rifles without magazines, but are clad in matching military-style clothing and gas masks. Behind them, a number of military vehicles are parked, while other people in similar attire mill about.

“Are they the National Guard?” a bystander asks, while another replies “no!” Georgia Governor Brian Kemp (R) had indeed deployed the guard late Friday night, However, as fragments of the video went viral on Saturday morning, some viewers thought that the National Guard had deployed child soldiers to the streets of Atlanta, while others suggested they were likely members of a private militia group.

Their appearance on the streets sparked horror online, with commenters dubbing them the “Hitler Youth.” However, the cameraman who filmed his encounter with them was unperturbed, and spent around 15 minutes making fun of the gun-toting ‘guardsmen’.

“You got a Fortnite shield in that bag?” he asked one. “They ain’t even got clips in them things,” a bystander remarked at their weapons.

Once the 8pm curfew hit, the dress-up soldiers turned and left their posts, to jeers from the crowd. Their presence, however startling it was to social media users, did little to deter rioters, who continued looting and vandalising throughout the night. In Atlanta, Minneapolis, and across the country, further riots are expected over the weekend.